Can a robot replace the person we loved? 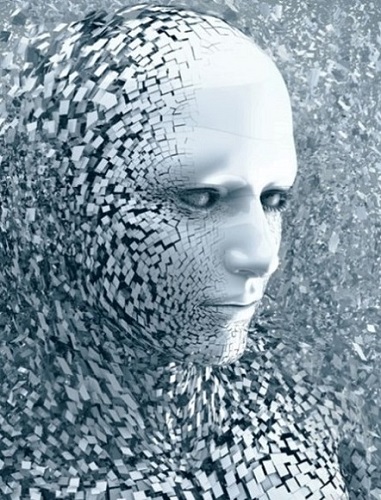 Kash is a poet and a play writer. He grew up with Karen, dreaming about arriving one day to perform in the West End and in the whole world. But Kash doesn’t see Karen just as a friend. He his obsessively in love with her, so when she falls in love with someone else and rejects him he falls in a spiral of angriness, delusion and depression until he creates a robot that looks exactly like Karen.  Will this humanoid companion be able to substitute Karen in Kash’s life and heart?

This play is about unusual, in a nice way. First, it starts from the present and goes back through flashbacks to tell us the story of Kash and Karen, so if you don’t pay enough attention it could be a bit confusing.

I enjoyed the dialogues and the performances of the actors, especially of the neurotic Kash played by Tim Atkinson and Karen (Tracey Pickup) who flips from the “normal” Karen to the robot one.

The flyer says “Version 2.0 comments on the superficiality of the modern society and highlights the effects of social media on the nature of relationships”. Well, I found it an enjoyable story, about somebody who replaces a person who does not love him with a robot, and they live happily ever after. But that was it. The play does not address the questions about virtuality and effects of social media. Or if it does, I just missed it.