‘The Unholy marriage of Slice and Sweetly

ImmerCity’s latest production, set in Post-War Bethnal Green in the aftermath of a murder on a wedding day 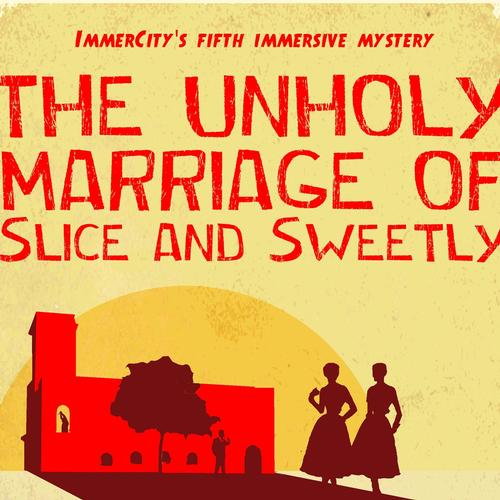 Over the years, audiences have yearned to get closer to the action in the theatre. The past few years have allowed this to happen with the coming of Immersive Theatre. ‘The Unholy Marriage of Slice and Sweetly’ attempts to bring a murder mystery storyline into the immersive setting.

The initial idea of the premise is clever. The audience becomes detectives tasked with solving a 50-year-old cold case of the murder of a Reverend at a gangster’s marriage. They are provided with a glimpse into the past via telepathic viewing where the audience can see the action, but the characters can't see you and go about their business as they would have. The vision breaks just after the murder before the telepathy dives further in to allow the audience to interrogate the suspects.

However, although the premise was clever, the execution didn't live up to expectations. The storyline seemed reasonably weak, and there was very little pace throughout, making short scenes almost drag. The interrogation section started to build pace, but then it just seemed that the answer was being handed out on a plate for all to see. Some of the actors were very good in the interrogation, some weren't as good, but it feels as though some of the characters were less established, leaving it difficult for their actors to answer questions on the fly.

A good murder mystery night should have its audience guessing from beginning to end about the murderer, with twists and turns to throw people off the scent. But for every team to have solved the murder with ease, something, unfortunately, seems to have missed the mark.