The cast is solid, with Isabella Mashall as the naïve wife of Cyril, Allegra Marland as her beautiful rival, Susan Tracy as Miss Grannet and Stephen Rashbrooks as Mr Pincher. 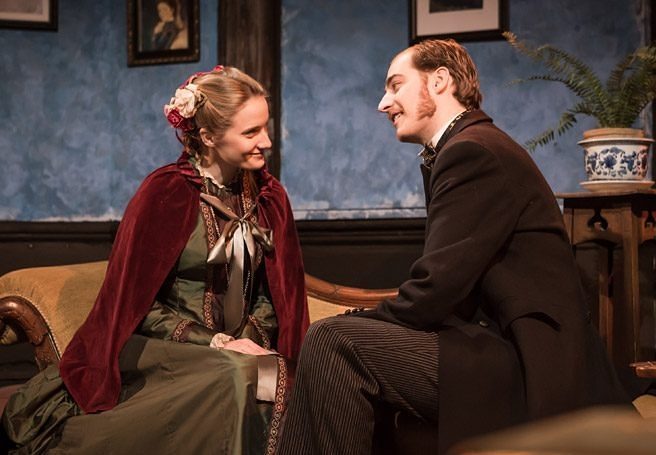 It has been since 1890 that Byron's Cyril's success has not been performed.

Cyril is a successful novelist who neglects his wife. The night of their anniversary he asks to a friend, the cad Major Treherne to be the “chevalier” of his wife and take her to the opera.

Then, a series of misunderstanding lead the wife to believe that Cyril is cheating on her with another woman.

So, the plot is quite simple, but the play is more about the humor and the characters who gravitate around the couple. There are many funny moments and the dynamics are delightful.

The cast is solid, with Isabella Mashall as the naïve wife of Cyril, Allegra Marland as her beautiful rival (but maybe not so rival), Susan Tracy as Miss Grannet and Stephen Rashbrooks as Mr Pincher.

I am not a fan of Victorian plays, and this one shows at times its age, but if it kept me happily entertained for almost two hours, it probably means it was time to rediscover this old play again.