We chat with Danny about Afterglow, relationships, dating apps, and..theatre 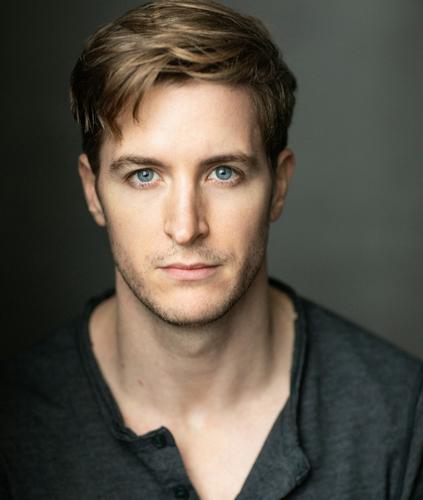 Hi Danny. You are playing Alex in Afterglow at Southwark Playhouse. How is it going?

Really well! Audiences are really responding to the show and getting totally involved in the journey that these characters go on. It's also sparking a lot of conversations which is awesome.

The play was a huge hit in New York. What attracted you to the role and the play?

The last couple of years I've been trying to step out of my comfort zone and do things that scare me. Not only to grow as an actor but also as a person. Playing this character requires a level of physical and emotional vulnerability that I've never had to do before. It's equally terrifying as it is exciting and rewarding.

It features male nudity, and requires great intimacy and trust among the actors. Was this more challenging than any roles you've played?

I've never been naked on stage and never played a role that required this level of intimacy. It's definitely the most physically and emotionally vulnerable role I've ever played.
Sean Hart who plays Josh and Jesse Fox who plays Darius are wonderful and so great to work with and I trust them 100%. Tom O'Brien, our director did a fantastic job creating a safe environment where we all felt comfortable enough to go to those scary places and be completely vulnerable with one another.

Did the nudity make the role a difficult choice to accept?

It was, of course, a major issue I had to consider.  But I was really drawn to the script and the journey that these characters go on. The nudity scared me. A lot.  But that also became another reason for me to do it.

Are you enjoying the run?

Loving it. Sean and Jesse are brilliant and I'm so thankful I get to go on this 90-minute journey with them 8 times a week.

How are the three of you coping with acting in the London heat?

Thankfully this summer has been crap so far! There was one Saturday where it was 35 degrees outside and by the end of the show it was a little toasty in the theatre but aside from that particular day, it hasn't been too bad (here's hoping I haven't just jinxed it!). I really feel for the actors in heavy period costumes this time of year. London theatres really need to invest in quality air conditioning.

What has been the reaction from London audiences to the play's exploration of an open relationship?

A lot of people have different opinions about open relationships.  Despite it becoming more and more common, I think it's still a taboo subject. Afterglow is sparking a lot of discussions after audiences leave the theatre which is fantastic. It's a complex issue and the response has been equally so. But what I love even more is that S. Asher Gelman has written these three very complex characters who find themselves in a messy situation. None of them are entirely innocent, nor are they entirely guilty of causing the events that unfold. They are three people who want to be loved and regardless of a person's opinion about open relationships, audiences keep saying they can relate to each character in different ways. Underneath the subject, the play is really about love, relationships, commitment, and communication. And those themes are universal.

The play talks about a lot of things: love, sex, relationships, monogamy, Internet; do you think social media and dating apps have changed our relationships? If yes, how?

Totally! Social media and dating apps have completely changed how we meet people and approach dating. They're great because they allow us to meet people we would probably never get an opportunity to meet otherwise. However, there are major downsides to it.
Darius talks in the play about how with all these dating apps we have an endless amount of people literally at our fingertips. And our willingness to compromise has diminished because we have a smorgasbord that exists right in our pocket. If someone isn't "perfect" we can just head back to the buffet and try to find someone who is. I think rather than putting the effort in, compromising, and really working to form and build meaningful relationships, dating apps provide a distracting temptation. And in social media, we are constantly bombarded with people displaying their lives through rose-tinted glasses. Social media can easily give us a false sense that people are happy ALL THE TIME, everything is perfect including their relationships with their partners.  It gives us a false sense of what our relationships and lives should be like. So if a relationship isn't meeting that fake perfection that everyone else SEEMS to be achieving, we can so easily pull out our phones and start swiping in hopes that we will find it.

I saw the understudy run of Lehman Trilogy. The actors were brilliant and it was a beautiful piece of storytelling. I also saw Emilia just before it closed which was fantastic. And I'll definitely be booking again to see Come From Away. It restores your faith in humanity and you leave the theatre wanting to be a better person.