Sunday in the Park with George at the Savoy - News 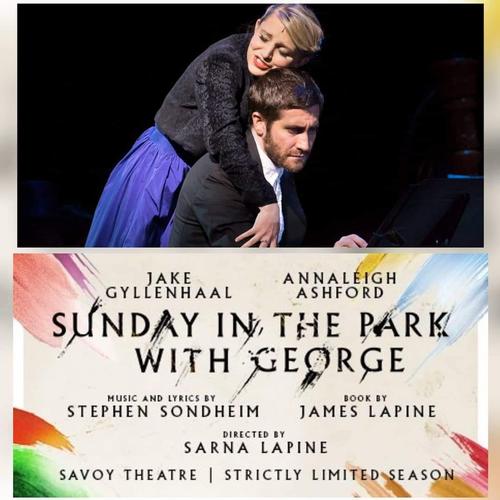 Academy Award nominee Jake Gyllenhaal and Tony Award winner Annaleigh Ashford will star in Stephen Sondheim and James Lapine’s Pulitzer Prize-winning masterpiece Sunday in the Park with George coming to London for a strictly limited 16 week run at the Savoy Theatre from May 2020.

Sondheim and Lapine's masterpiece follows painter Georges Seurat (Jake Gyllenhaal) in the months leading up to the completion of his most famous painting, A Sunday Afternoon on the Island of La Grande Jatte. Consumed by his need to 'finish the hat,' Seurat alienates the French bourgeoisie, spurns his fellow artists, and neglects his lover Dot (Annaleigh Ashford), not realizing that his actions will reverberate over the next 100 years.

Originating at New York City Centre, the subsequent transfer dazzled audiences and praised by critics, was one of the fastest selling musicals on Broadway.