A selection of the top musicals I've seen in 2017 including Bat Out Of Hell, Dreamgirl's, Romantics Anonymus and After You... 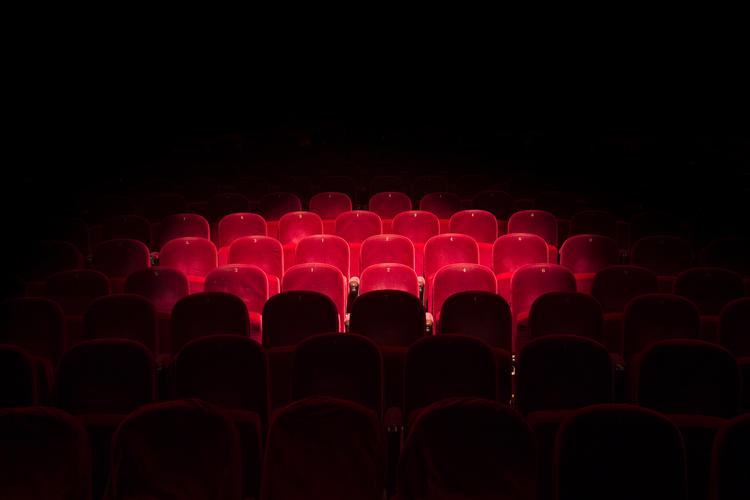 I feel very lucky to live in London. Most of us have a love/hate relationship with this city. I don’t.
I feel that this city is the centre of the world and gives to the people who live here great possibility of having whatever they wish to have.
Entertainment is part of this picture. Restaurant, bars, concerts, exhibitions, events: we can’t be bored and every day there is something new to discover.

Also, with almost 200 theatres, London is heaven for theatre lovers. I mean, what other city gives you so much choice, if you decide to go out and see some real acting? Maybe New York, but not many other cities.
And I must admit: I am very surprised about the average quality of the shows.
Great choice, great quality: well, you know the rest.

Now, before starting with this New Year reviews that I will add along the way, I will try to make a top 10 list about 2017 shows that I have attended. As I said, I attended more than 100 shows last year, so it is not easy for me to pick up 10 of them, but I will try.

Trafalgar studios are such an intimate venue and it was the perfect one for this play, set in a dining room of a couple who have lost their son, who committed suicide because he was bullied by another guy at school. So, they decide to invite him and his parents for a dinner. And what happens next is unexpected and touches topics about cyber-bullism, mental health, homosexuality, and many more. Theatre at its best.

This is a musical about a guy who wants to be a drag queen. It is played in the West End and is having a lot of success. For me, the reason is mostly about the music. The songs are beautiful and catchy. Are the type of songs that stays in your mind and make you buy the CD and play it for one week. Well, this is how each musical should be, I guess.

Zedel is a French restaurant in Piccadilly Circus (give it a go if you haven’t: food is great and the atmosphere is unique). There is a room – small but so cozy- that they use for little show, and if I am not wrong, this was the first musical ever performed there.
I definitely didn’t expect to see such an intense musical and I was quite surprised. The story is about a woman and a man who meet in London (the first song is called “I love London” and is still stuck in my head after so many months) and fall in love but then things turn into an unexpected way, with a bitter ending. Is a simple story, but the songs, the voices and the venue, made it a very special show for me. One of the best of 2017.

This musical is quite famous so I don’t need to say much about it. It was made to give an explosion of colours, music, dance and general happiness by the director and was a great night out. I think watching a show in summertime at the Open Theatre in Regent’s park is a special thing per se because of the beauty of the venue, the sunset and the perfumes of the springs. Watching “On the town” was a very special thing.

This musical is about 12 friends who are celebrating the New Year’s Eve together in New York. But drama is around the corner because difficult revelations are coming for the couple who are hosting the party in their flat. I was literally taken into the action of this musical. First because the venue (a small theatre above the pub) is very intimate, and I felt like being in the middle of the party as well.
Second, because the songs were beautiful, the acting flawless and the story keeps your attention throughout, because you really want to know who the husband is cheating the wife with (actually I found it out toward the end of the first act). This is the typical show that leaves you thinking “it should be in the West End!”

We all know what this musical is about. I went to see it 3 times. It is packed with lot of energy, beautiful songs and, of course, great voices. This is the musical of voices.

THE BUSY WORLD IS HUSHED

The theatre is another small venue above a pub and, as often happens in this type of venues, gives you the feeling of being part of the action.
It is a beautiful love story, and raises many questions about life, God, death, suffering, family, and love. I felt touched and very happy I did not miss this European premiere.

I am not a big fan of surprises. I like to know before what is next (but I am not a control freak, don’t worry). But, anyway, I could not really imagine how perfect (yes that is the definition – perfect), this musical could be.
The Wanamaker Playhouse is such a nice venue, and perfectly suits to the story of these two chocolate makers that are too shy to have a normal life… until they meet each other. A real gem.

Well, you know, rock is not my favourite genre and a musical packed with Meat loaf songs about a post-apocalyptic word where a bunch of young guys are trying to fight the dictator was not really attractive to me.
But it turned out to be an explosion of action, music and special effects as I never saw in my life. I was lucky to see it three times, and loved it each time more.

Probably this might be like a surprise for you, but believe me it was for me, too.
Cervantes theatre is a small theatre in Southwark that specialises in multilingual productions from Spain and Latin America.
The swallow is a story of Ray, who seeks help to learn how to sing from Emily, who lost her son in the Orlando terrorist massacre. But as the class goes on, the truth comes out, and we understand why Ray is really there.
The set was so well created. The story was brilliant. The acting so intense. And emotions were all over the audience. I laughed, and cried, and laughed and cried. And so the audience. For me, the best play of the year!

This is a little list of my favourite shows of 2017. I could not include all the good shows I saw, but if you want to add or discuss what you think, you are very welcome to comment.
London, we are lucky to live here!