How to Succeed in Business Without Really Trying - Review -Bridewell Theatre 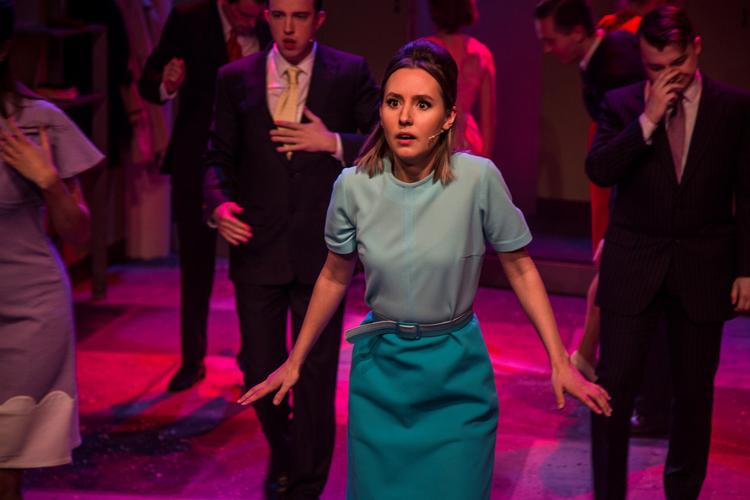 How to succeed in business without really trying is a production that is relatively unknown in the UK market. A comedy first performed in the 60s, it is a wonder why it has seemingly avoided the limelight of the British audience.

SEDOS has a talent of bringing these quirky musicals to life, and they haven't disappointed again.

With flawless choreography by Samantha Miller, the energy of the dance numbers equal any dance from west end smash hit. All numbers were creative and exciting to watch, with the tap routine being a highlight.

The staging of this production was very clever. Excellent direction by Peter Shimmin gave the audience something to look at, even during the very slick and well-designed scene changes.

The cast as a whole was fantastic. Superb energy and stunning harmonies, there is very little wrong with this show.

It would be impossible to mention all principal cast members individually, as this review would be never-ending so I will state how fantastic everyone was to their roles. To highlight a few of this incredible cast, Lauren Clarke as Smitty and Tessa Kennedy as Miss Jones were superb, creating beautiful comedy moments, even when in the background.

Miranda Evans as the love interest Rosemary Pilkington was excellent. A clever characterisation that had the audience rooting for her from beginning to end, matched with a fantastic voice, made this role a winner.

Taking the lead role of J.P. Finch was James Leggat. Comedy is a tough medium to deliver, especially in a musical. Leggat seemingly achieves this with ease. Stunning characterisations and hilarious reactions, I doubt it will be very long before he is seen on a west end stage, starring in a hit show.

Once again, SEDOS have a hit on their hands. The level of this show is something that you would expect from a London production. The fact that the cast is made up of amateurs that all have separate day jobs makes it even more impressive.