We had a chat with Artistic Director David Furlong 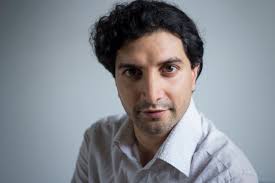 Celebrating ten years since their first production of The Flies, Exchange Theatre returns with this politically charged adaptation of the classic Greek tragedy. Exploring fear, courage, and political freedom, Jean-Paul Sartre’s play is running at The Bunker from 11th June – 6th July.

We spoke with the Artistic Director David Furlong about updating Sartre’s classic play for a contemporary audience during politically uncertain times.

How would you sum up the story of The Flies for people who have never heard of it?

Years after the Trojan war, Orestes comes back to Argos, his birthplace, to find his sister Electra reduced to be a servant, and his mother Clytemnestra ruling the land along with her lover Aegistus, a dictator. Sartre tells their tale as much as the story of the guilt imposed on a whole people through misinformation and ignorance. The flies, hovering around the stench of the city, symbolise the fear maintained through remorse and manipulation. What will it take for the siblings to overcome this tyranny? It's the French philosopher Jean Paul Sartre's look at the Greek myth of the Oresteia.

How did you approach and then adapt Sartre’s classic play for a contemporary audience?

Jean-Paul Sartre is an eternal figure of rebellion. He was a war prisoner and later a resistant, always politically engaged, against traditions and any form of imposed order. He was polygamous, revolutionary (communist but never wanted to be a member of the party) and he even refused the Nobel Prize of literature, saying he didn’t want “to be changed into an institution”. Even aged 63, in 1968, he was arrested for civil disobedience. He wrote The Flies when he was a young 30 year-old writer and prisoner in a German camp. He used the Greek myth of Orestes and Electra to point at the cowardice of France under Occupation.

We approached this revolt in a very contemporary way with a dystopian vision of Argos, vigorous theatre style and the punk energy of a live rock band, as well as a video installation. Our set is made of piles of TV sets, on which propaganda is broadcasted, representing the fake news deployed to keep the citizens of Argos in ignorance and fear.

How did the current political panorama influence your adaptation?

Eighty years after the Second World War, far-right populists are rising again promoting fear of the other, of any differences, and building walls. Everywhere, the poor are becoming poorer and some people make profit from the situation by blaming minorities. Sartre’s work is so relevant. Nowadays, in a world of new rising fascism, Sartre would still be the most rebellious philosopher. The Orwellian world we created in our adaptation is not far from the real world today. In 1939, The Nazis and the French collaborationists spread their ideology like this. In 2009, the lies were about the weapons of mass destruction, and in 2019, it’s about promoting isolation and closing borders in the name of the people. The mediums have changed but the propaganda and the struggle against it are both the same. Sartre’s existential philosophy is universal and timeless as it always questions the status quo, and it asks the eternal question of what it is to be free.

What would you like the audience to take away from the show?

Our primary objective is to refresh Sartre’s play so that it is rediscovered for 21st-century eyes and ears. The direction, the scenery, and every musical or visual invention is to serve Sartre's words and philosophy. At the same time, they make the show an immersive sensorial experience. The immediacy of the guitars or the multi-media work make the audience feel the performances deeply and thus the reflection on the world. Sartre wrote “In 20th century western culture, theatre is primarily visual entertainment. We see it with our eyes but do not experience it and learn from it.” We'd like to succeed in doing both here.

What makes this a multimedia and multidisciplinary production – making it stand out from all the others?

My approach as a director is based on the idea that an image on a stage can be anything, as long as you can clearly connect the story being told to what you see. It's rooted in a tradition that I inherit mostly from opera directors such as Patrice Caurier and Moshe Leiser whom I had the chance to assist at the Royal Opera House, from French-Canadian Robert Lepage who uses a lot of audio-visual multimedia and from visual arts and hours spent at Tate modern. It would be pretentious of me to state why we stand out, but we got nominated for our video design last year at the Offies, probably because our work shows an experience with incorporating video-vocabulary in theatre, as we started back in 2006. I think I've always been looking for consistency and I direct the videos like a character of the play, not just like too many flashy directions which use it as an easy gimmick or a transition. It has to be hard work and both serve the narrative and be absolutely necessary. Otherwise it's just a technological and anecdotal gadget or worse, a lazy backdrop.

What would you say has been one highlight or a particular development of the company that you’d like to share, in these ten years since the first production of The Flies?

The first few milestones are all connected. The 2009 production of The Flies is the show which has put Exchange Theatre on the British theatre map. Before, we had barely been surviving through guerrilla theatre-making for three years on the Fringe. The French Institute then invited us on a 3-year creative residency, where we honed our craft. Subsequently, thanks to this sustainable producing, we managed to get our own studio-space in London Bridge, where we have been based since 2011. We passed our first decade as a company recently, and decided it was time to produce two Moliere plays and got our first of three Offies nominations and other personal recognition. It's all happened at the same time as Brexit. It's very polarised. It's like being told both “you’re welcome” and “you’re not” at the same time. And this polarity is precisely what gives us meaning. We've also just been incorporated as a charitable cultural organisation with a Board of Trustees so it's a continuing evolution.

What was the main motivation, the trigger for you and Fanny Dulin to found Exchange Theatre in 2006?

We were both actors working in the UK theatre industry. I had trained in the National Theatre in Paris and Fanny here in London. I had studied Pinter, Stoppard, and Shakespeare of course. I had also learned about Marlowe, Wordsworth, Kipling, Dahl, and Pasolini, Goethe… And back in 2006, whenever I talked about European theatre to my fellow colleagues there was either a big blank in conversations, or a total misconception of what it is. Seen as terribly classical, Moliere was reduced to period farces, excluding all his depth, and even confused with Italian Commedia Dell'Arte…! Although Italians were not better known: Pirandello, Dario Fo, even Goldoni are just as obscure as Spanish golden Age of Comedia and I only encountered puzzled faces when mentioning Calderon. We thought there was something terribly missing there. So, because we couldn’t right the wrongs for the whole of Europe and because I trained in France and we were the most knowledgeable for it, we set up the company in order to occupy the niche of bringing French theatre to the UK and do it justice.

Alternating French and English in the script is not new to you. How does this variation make a storytelling feature? And how do you feel the audience receive it?

That's a very interesting question because that's the core of what makes our work special. We want poetic licenses to be kept, the original rhythm of the thoughts and everything we say has so much history and echoes and nuances, even a sound that needs to be translated. We think that more than the language, the feel of a play is transferable if the translators and the actors themselves have a really good knowledge of both languages. It is essential that they have a very clear, even intimate, understanding of the words of the play. With our company of fully bilingual people, we found that this can all be done faithfully by finding equivalences that work. For example French uses longer sentences but can sound more straightforward, whereas English can be shorter and sound more nuanced: there's richness in both cases because if you can use the straight quality of the French in the English version, or the music of English in the French versions, the two versions of the play find themselves enriched by the two layers of work. We champion the language and the audience is surprised to hear such a rich fresh interpretation.

What is next for the company, after the run at The Bunker?

We have been awarded free business support with Arts Forward and Deutsche Bank and this has helped us to reshape the company in a more sustainable structure, a board, and allowed us to be more ambitious. We have drawn a real five-year plan with international projects as well as local activism around our idea of cultural exchange and inclusivity. We can't announce what the projects are yet but we have built a strong relationship with Voila Europe festival and are talking about their next edition in November (we took part in November 2018 with Becoming Berenice and in April at Tristan Bates with Noor). We are also working hard at bringing our unique work to Paris as soon as possible.