A musical based on true story of Anna Edson Taylor 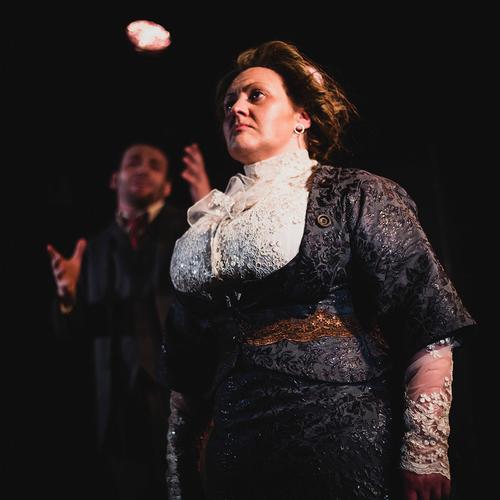 At approximately 4:20 pm on October 24th 1901, history was made. Nearly 120 years later, the story of Annie Edson Taylor is being told on the London Stage in the UK premiere of Queen of the Mist.

This clever new musical documents the story of the first woman to ride over Niagara Falls in a barrel and survive, finally bringing recognition to this remarkable woman who would do anything to get what she always wanted.

The songs and music of this production have an almost Sondheim-esque feel to them, with clever and complex harmonies that could rival Sweeney Todd, if only there were some more memorable songs. That being said, the seven actors joined together to create a mesmerising fusion of harmony was a delight on the ear, with ‘Break Down the Door’ being a highlight.

The Greek Chorus performed all of the 'cameo’ roles throughout the evening. The tones of their voices worked perfectly with each other, and they stood out when performing solos and duets alike.

Will Arundell played Frank Russell, Annie's manager at the time of the 'stunt’. Using comic timing to move the story along at a pace and paired with his superb voice makes for a great evening of entertainment.

Anna Edson Taylor was performed superbly by the powerhouse that is Trudi Camilleri. Rarely leaving the stage, and belting out difficult songs while performing the role with great respect. With Camilleri alongside this phenomenal cast and superb Orchestra, Queen of the Mist is a night you will remember.