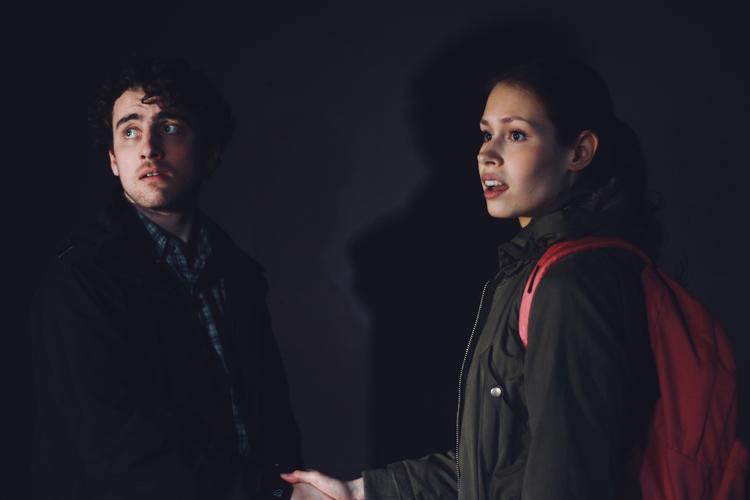 Lana (Lily Smith) and Wren (Billy Dunmore) arrive in London to visit their city sister, Primrose (a great Adeline Waby), whom they haven’t seen for over eight years. They have been invited by Primrose’s fiancé Linux (Jason Harris) to celebrate their engagement. But the dinner will not go exactly in the way that everyone was hoping for it to go: old tensions, secrets, regrets and old tragedies will come to the surface, and break into a storm.

There are so many topics in this play written by Cassiah Joski-Jethi: family, sense of belonging, politics, society, progress. The four characters sit around a table, in the living room of the beautiful flat in Primrose Hill, where Linux and Primrose live. Two worlds collide: Linux is an app developer and Primrose is a consultant manager, they are wealthy, plan a wedding on the Alpes and live in a house where Alexa plays songs for them, while Lana and Wren look after the family's rural dairy farm, and after their sister, severely injured after an accident, and have almost no access to any form of technology.

But what really divides them is a secret (shown through video projections on the walls) that has been hidden for years. Then, when the secret is revealed, all the four lives will spiral into chaos.

At the beginning of the dinner, the atmosphere is light, but then things start to change.  And we are there, in their living room, guessing where the conversation will take us. We hope for the best, but prepare for the worst. And the worst happens, bringing all the pain of years of silence and suffering.

London with a perfect skyline is a gripping and emotional drama that tells us that secrets and lies jeopardize trust and can damage us and our best relationships— sometimes irreparably.

It runs until 27 March