Royal Proclamation! Our review of this world premiere 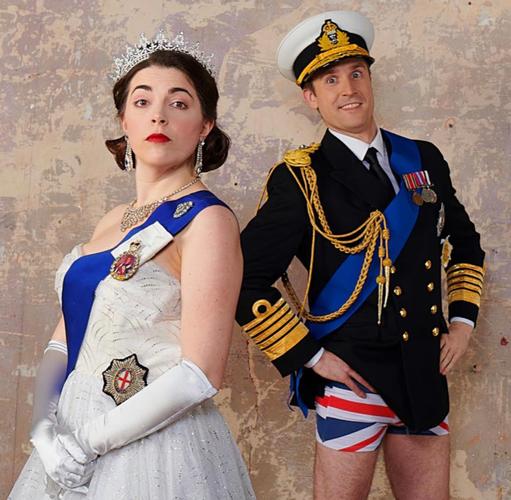 Over the years, Queen Elizabeth II has been portrayed by some formidable people including Emma Thompson, Helen Mirren and most recently Claire Foy in her award-winning performance in Netflix’s The Crown. This latest representation has come ‘under attack’ in the funniest way possible.

The Crown Duals is a rib-achingly hilarious parody of the Netflix modern classic, written by Daniel Clarkson and Directed by Owen Lewis.

From the moment Rosie Holt walks out as Beth Buckingham, the wannabe Queen actress, the tone of the evening is set. Along with her co-star, Brendan Murphy as Stanley Diamond, Ms. Buckingham's Agent, this laugh-a-second play goes from strength to strength.

Each stereotypical portrayal of a famous character gets funnier and funnier, from Prince Phillip to Churchill, from Princess Margaret to the Queen's Corgis. No historical figure is safe from the comedic gold of Holt and Murphy.

Every aspect of this production is flawless, from superb lighting design to outstanding Sound Design, all adding to the comedy of this piece.

For a fan of 'The Crown’, this is a must. However, this is a show for everyone. It is, quite simply, a royally good night out.

It runs until 7 April