The Gerschwin class musical at the Gatehouse 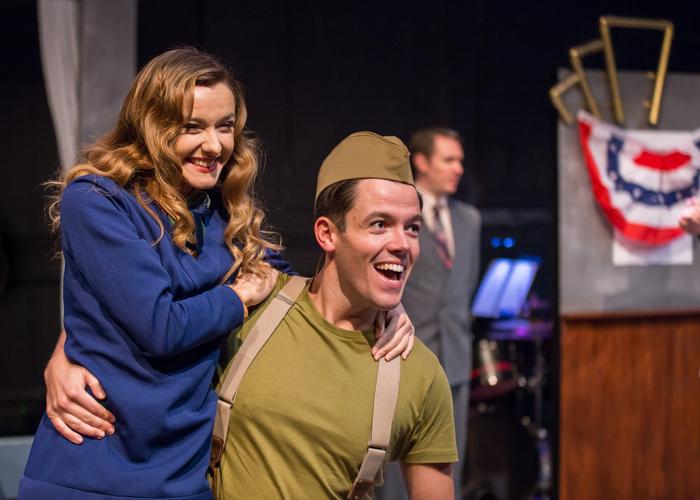 A musical so heavily based around cheese should stink, but this cast certainly doesn't. Fringe theatre with a cast so talented shan't disappoint. A mix of recent theatre school graduates and seasoned musical theatre alumni provide stunning vocals through this blast to the past.

Whilst the Gershwin brothers are renowned worldwide and are highly commended for their expertise in theatre, this show registers as ultimately dated. 'Strike Up The Band' first premiered in 1927, immediately branding the musical as archaic. For a show performed to an audience in 2019, it doesn't strike a chord as relevant, but if a throwback to classic Gershwin tunes is what you're looking for, you can't go wrong.

Act 1 felt heavy footed to begin, the long overture, whilst a classic feature of legit musical theatre, could arguably be attended to with a few cuts.

Paul Biggin who played the character of Townsend seemed slightly nervous at times, but by the end of the musical played the character excellently, with some great vocals to attend to his performance. There was great chemistry between Biggin and Burrows (who played Joan). Burrows was without a doubt the standout performer of the entire show, with real connection and intention with every moment she took, beautiful vocals, and an air of true performance style.

Notable mentions as well to Pippa Winslow (Mrs. Draper), Richard Emerson (J. Fletcher) and David Francis (Spelvin), who all took their moments and proved that a little can go a long way when performing.

By the time Act 2 had finished I felt like I had learnt a lot about the origins of musical theatre. It isn't necessary to have the biggest and grandest set on the biggest stage, as long as your cast can perform the material as written and entertain an audience, and this one cast certainly did that. The Gershwins would be proud of this company.

It runs until 31th March.